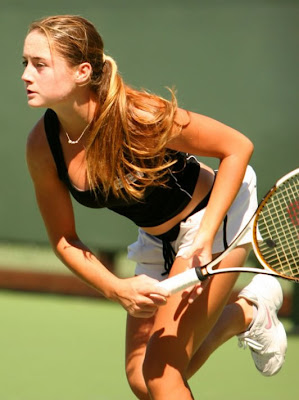 What should never be eaten after its served?
A tennis ball

Q. What does the Statue of Liberty stand for?
A. Because it can't sit down.

Which burns longer, a red candle or a white candle?
Neither, they both burn shorter.

If King Kong went to Hong Kong to play ping-pong and died, what would they put on his coffin?
A lid.

If you have a referee in soccer, and an umpire in cricket, what do you have in bowls?
Goldfish

How can you drop and egg six feet without it breaking?
By dropping it seven feet - it won't break for the first six.


Q. Where was the Declaration of Independence signed?
A. At the bottom of the document.


Why can't a man living in the USA be buried in Canada?
Because he is still alive.

Why is the letter T like an island?
It is the middle of waTer?


How many birthdays does the average man have?
Only one. When he was born.


There are sixty cups on a table. If one falls down, then how many remain?

Seems quite easy and obvious right? On being verbally asked, you will think that the answer is 59! But is it? Read or 'hear' the question once more and carefully! There are 'sixty cups' (six-tea-cups) on the table. So if one falls down then 5 tea cups will remain!
at October 03, 2011